Check the security of your PC now for free

The Dell Latitude E5430v Bluetooth Module is installed/replaced in the following steps. 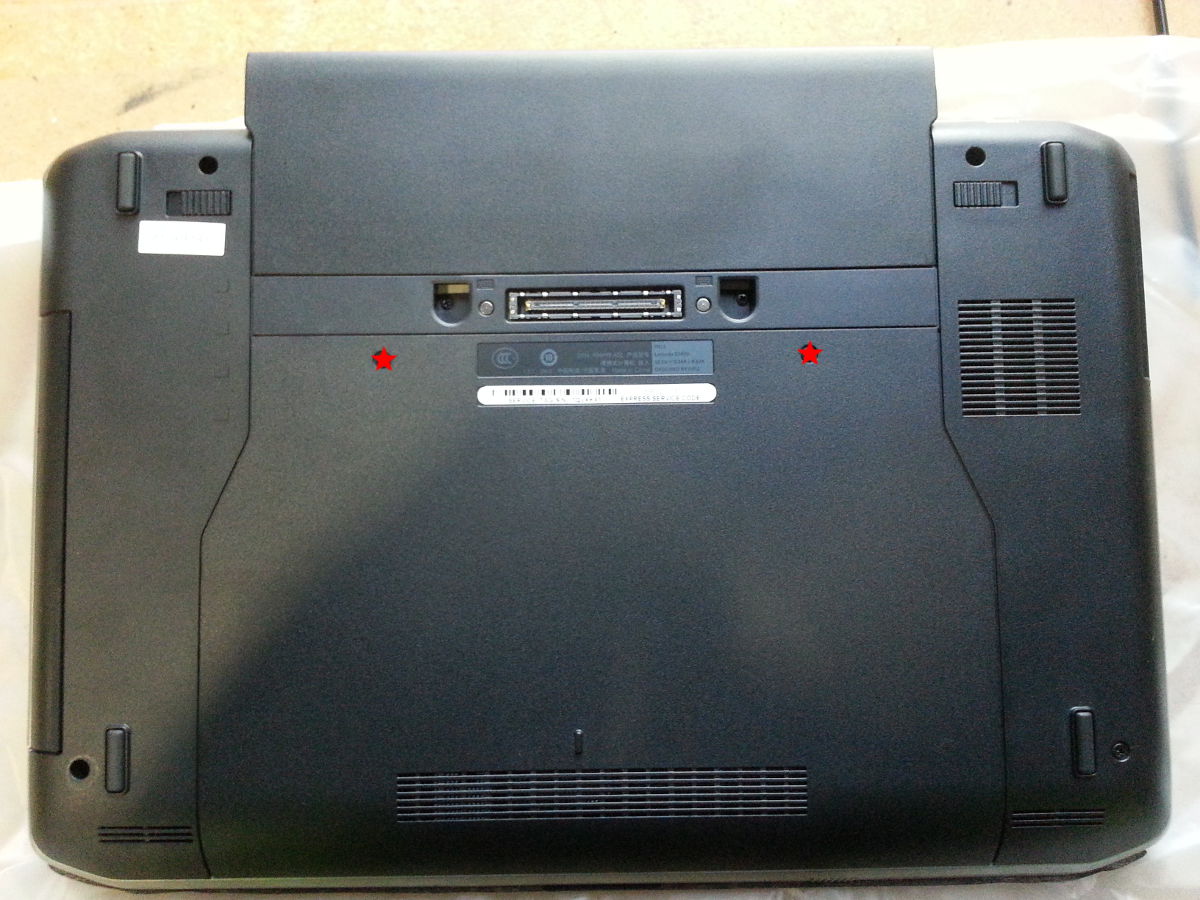 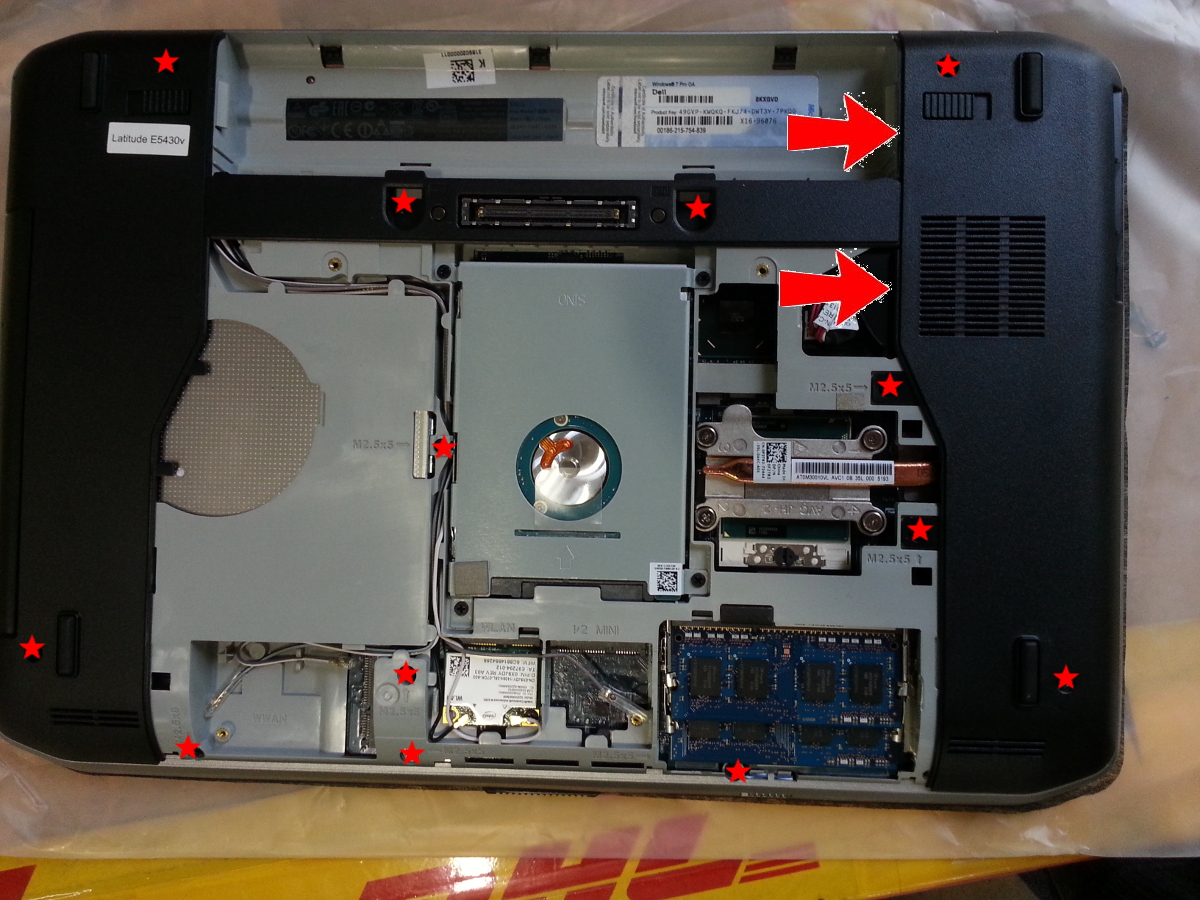 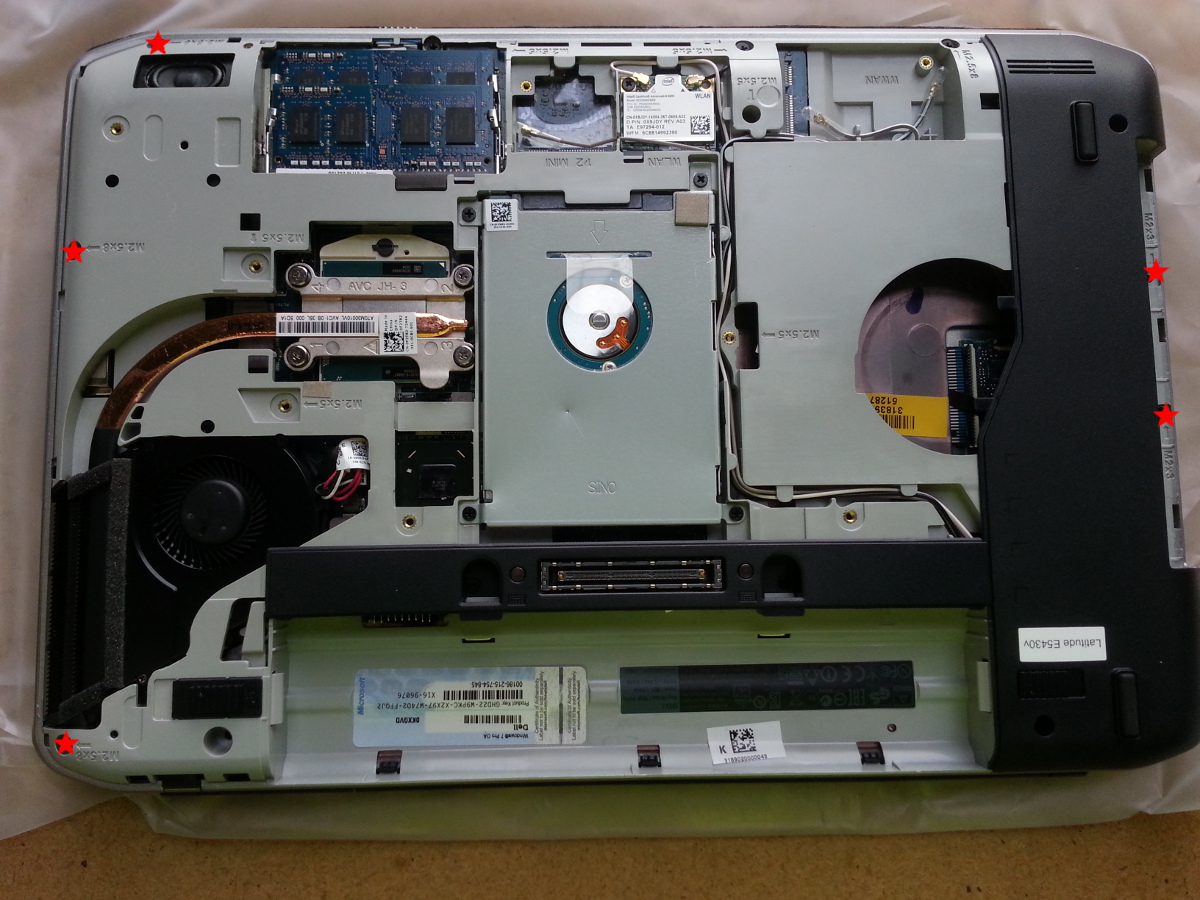 Flip it over again. (notice the screws laid out in the same pattern as they were removed - none lost and none left over) 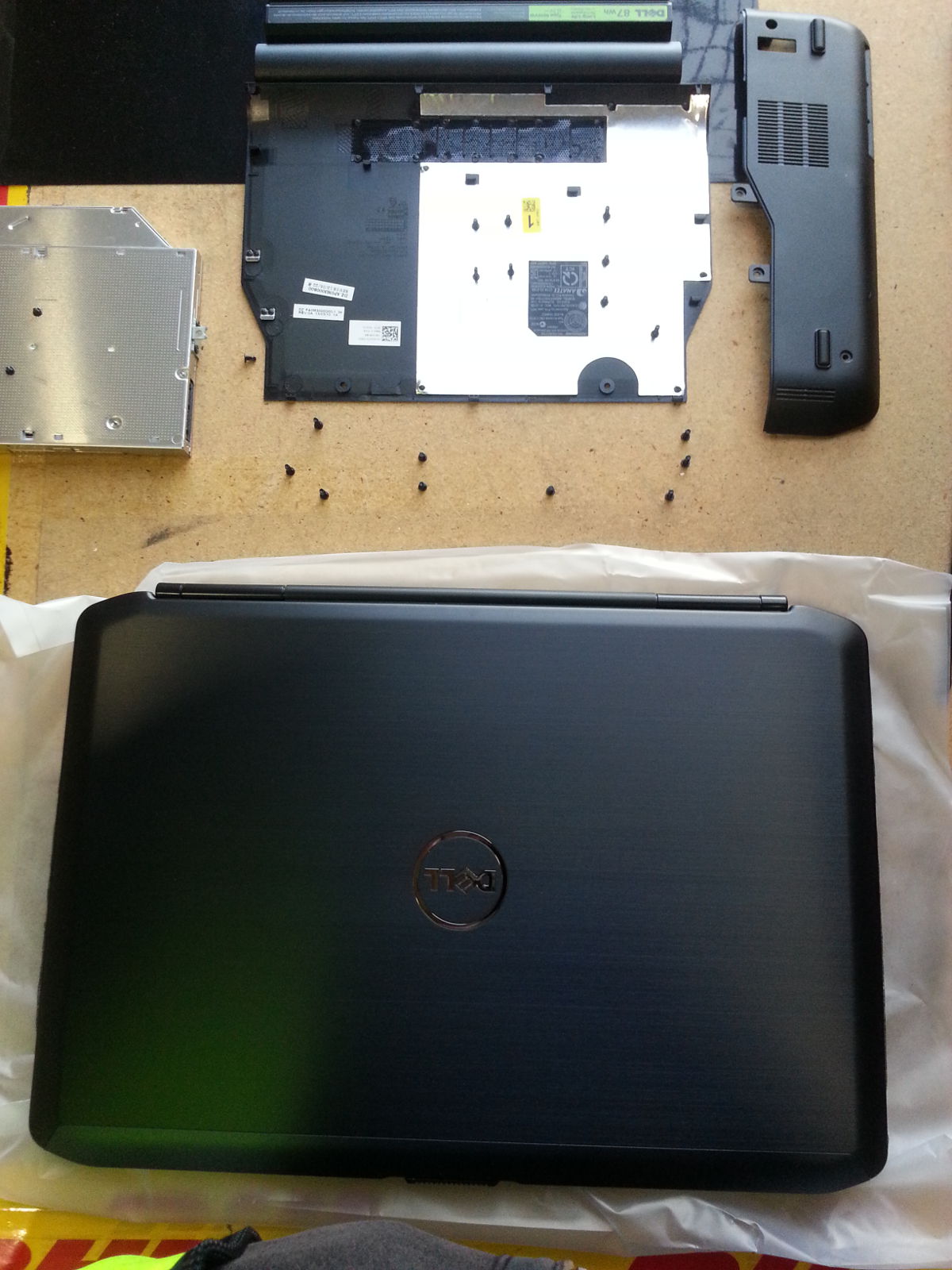 Lift the edge of the keyboard surround carefully and get a small screwdriver under just enough to raise the front edge, taking care not to bear on visible edges or surfaces.

Within reason you can lift safely here as the only thing that can be damaged is the ribbon connector which is just over half way up under the cover.

After it starts to come away, it can release quite easily with a wiggle on the way up. 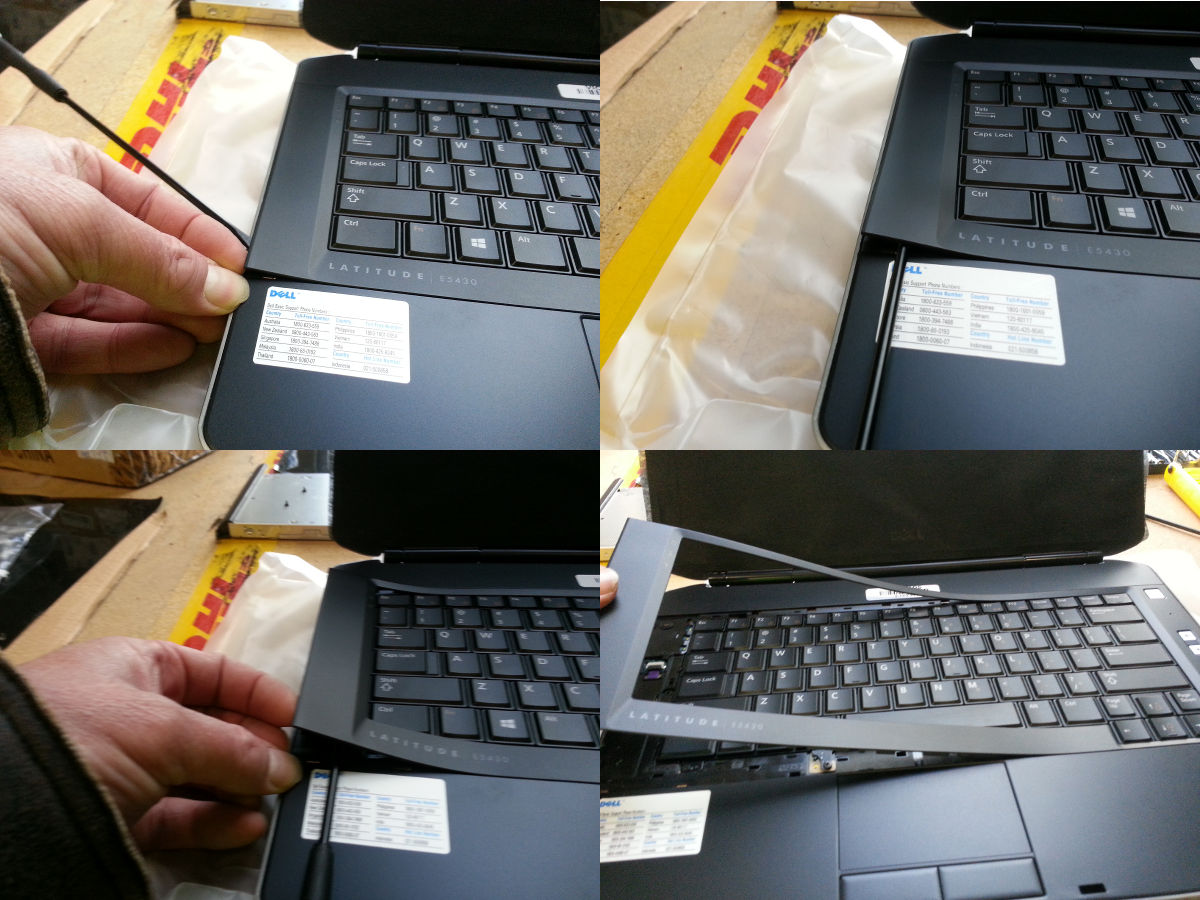 Remove the four remaining screws screws holding the keyboard in. 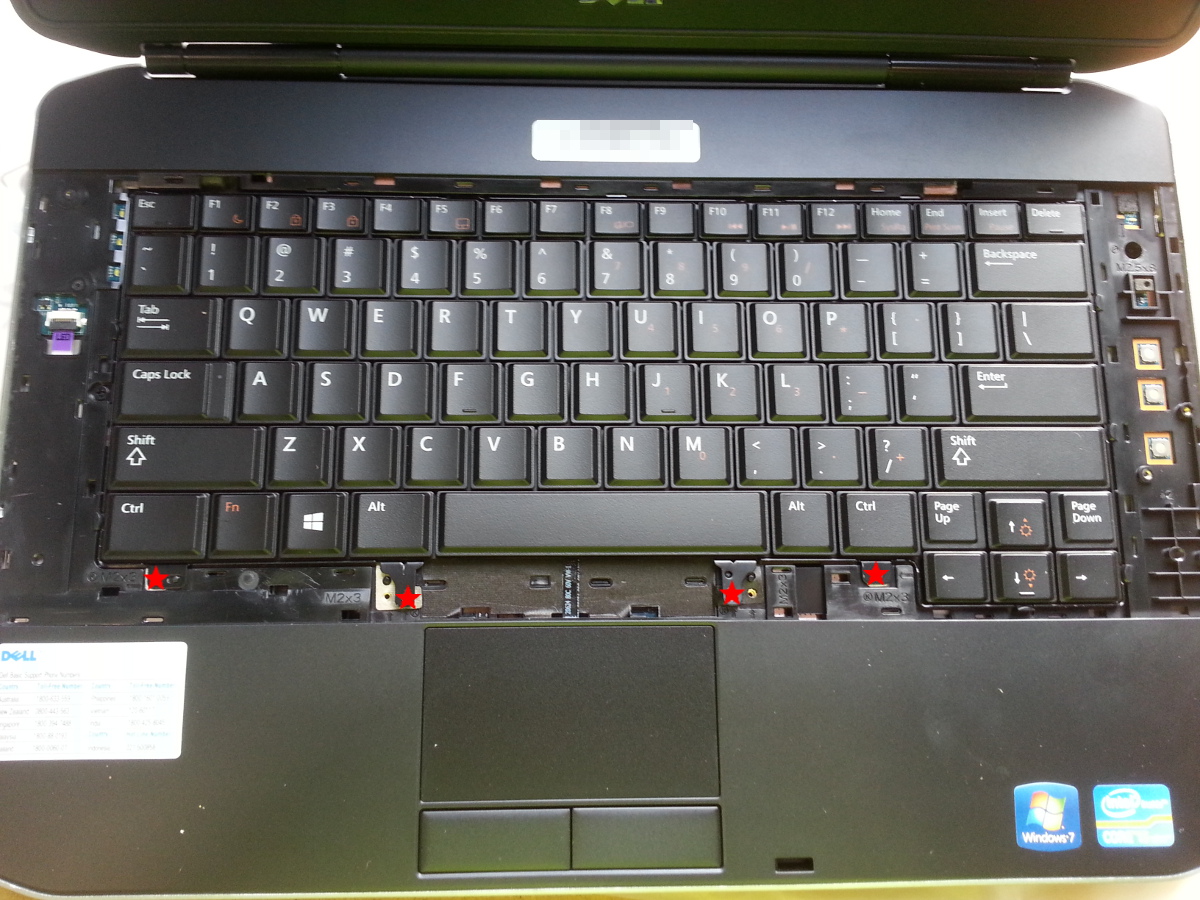 Remove the final five screws and unlock the three ribbon connectors and free the ribbons. 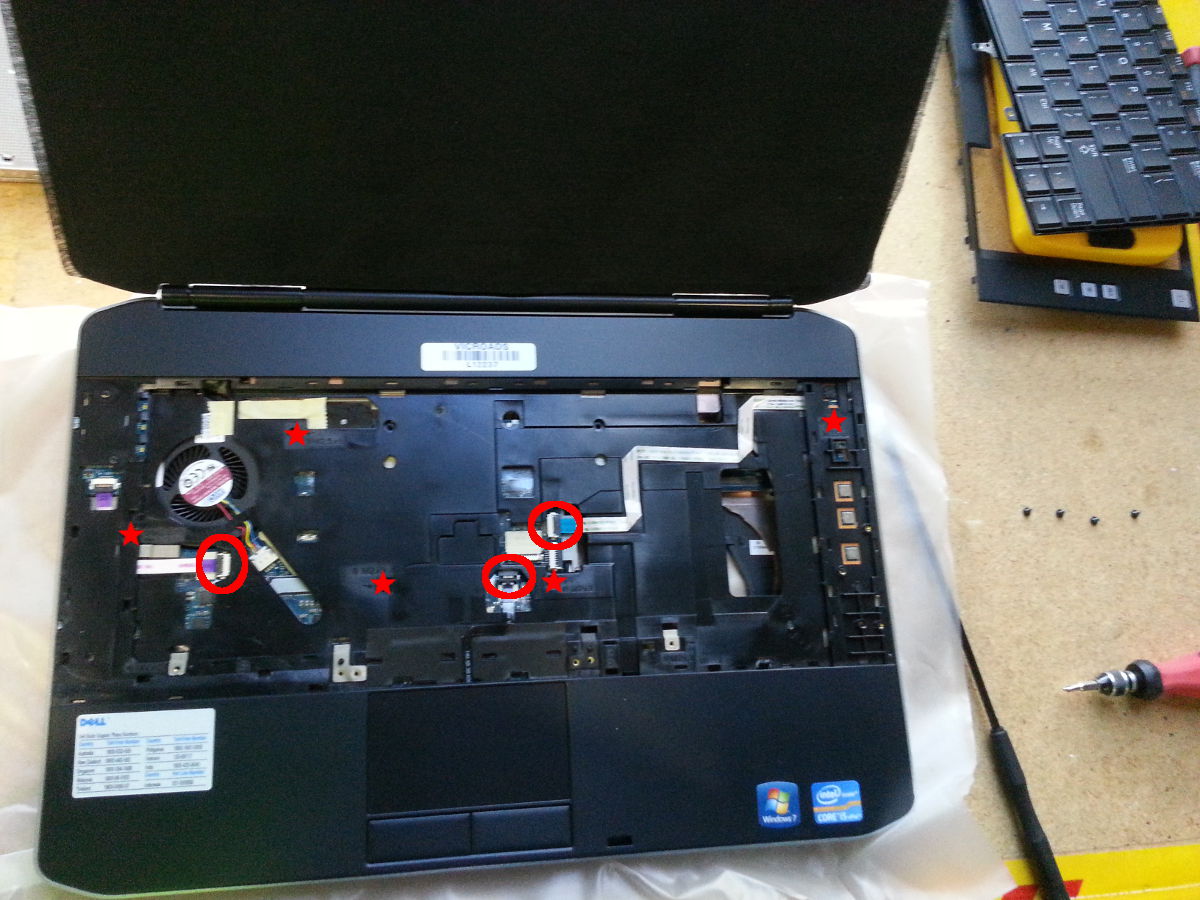 Assemble the bluetooth module and cable. You'll feel the slightest click as it goes into place (most times:). 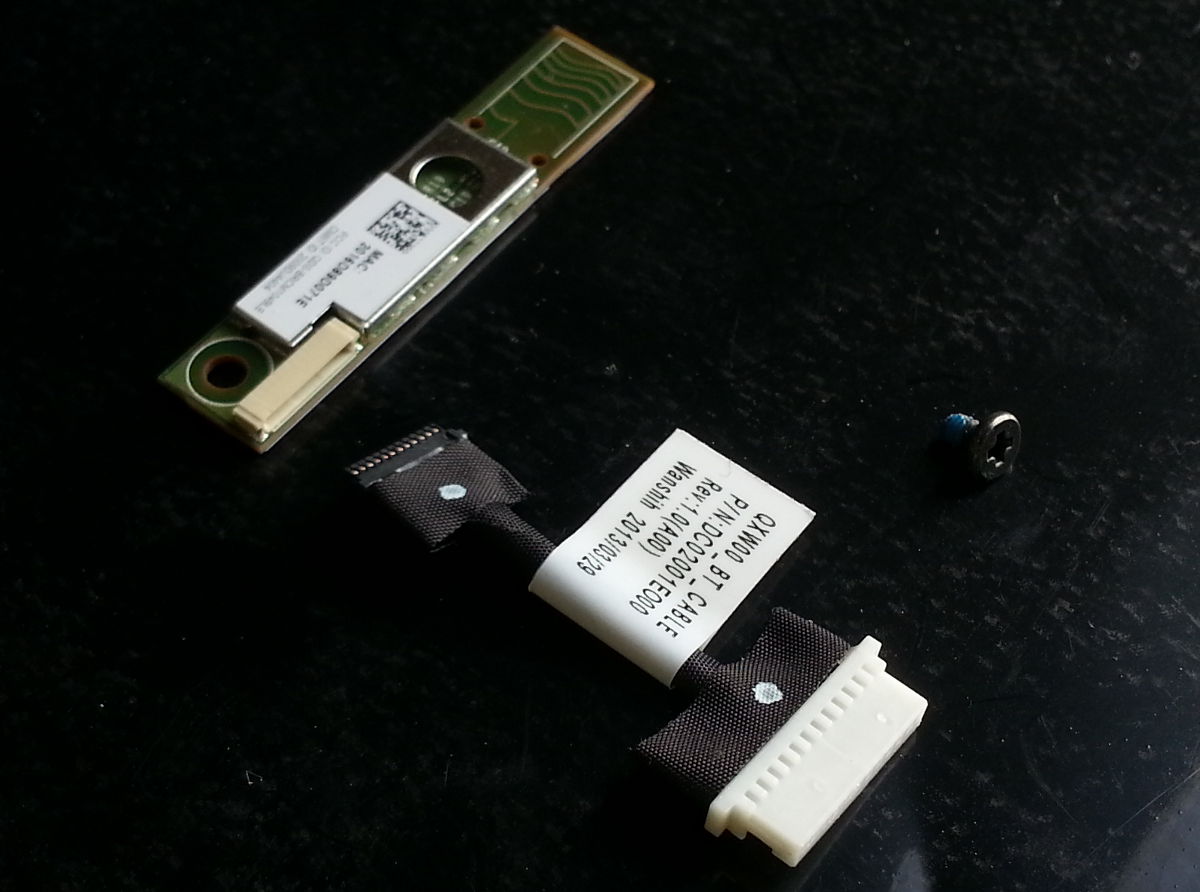 A very slight clicking into place can usually be felt when pressing the bluetooth module cable into the motherboard too. Screw the scre down until the module doesnt move, not just until you feel some resistance from the locktite on the new screw. 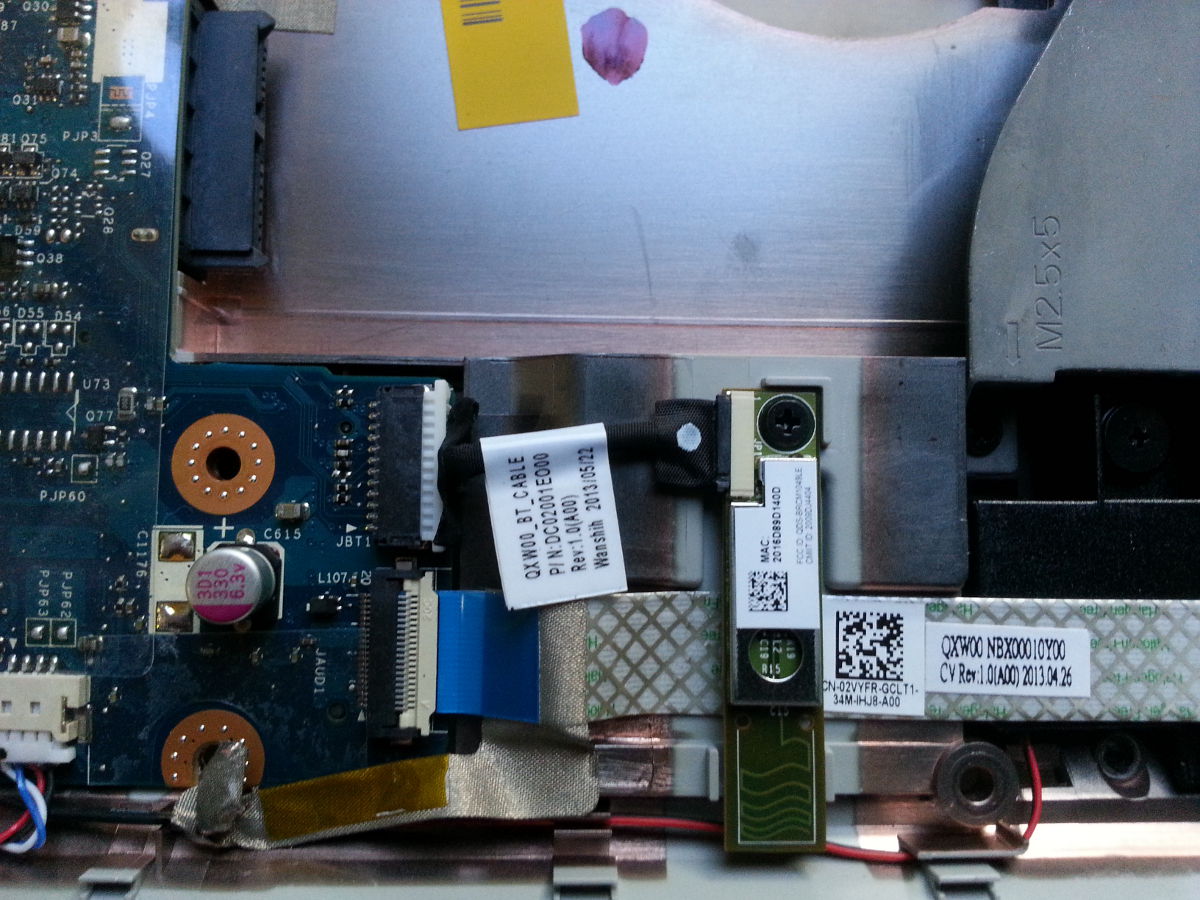 Reverse procedure. (but don't take the bluetooth module out!:)